According to statistics released by the Central Bank of Spain in January 2019, the return expected on the residential Real Estate market in Spain is 10,5% – Blue line on the chart.

This performance comes from two sources: 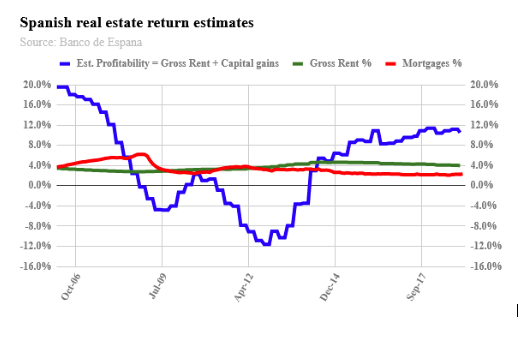 Invest in property in Spain? Spain is in the hot spot for property investment!

Buy to let? Spain offers some of the best returns in Europe:

Check the best rental Yields for the major European Cities, Madrid and Barcelona have rental yields close to 5%.