Project for a 5-star hotel on a baroque building from the 18th century which was formally an old Gothic palace.

Within this stunning building we have designed a space to potentially be the best hotel in Valencia, the project has a total area of 2,400m2 with 22 luxury rooms, all of which are consistent with the superior five-star level requirements:

OPPORTUNITY: Reform a historic building to a 5 star hotel 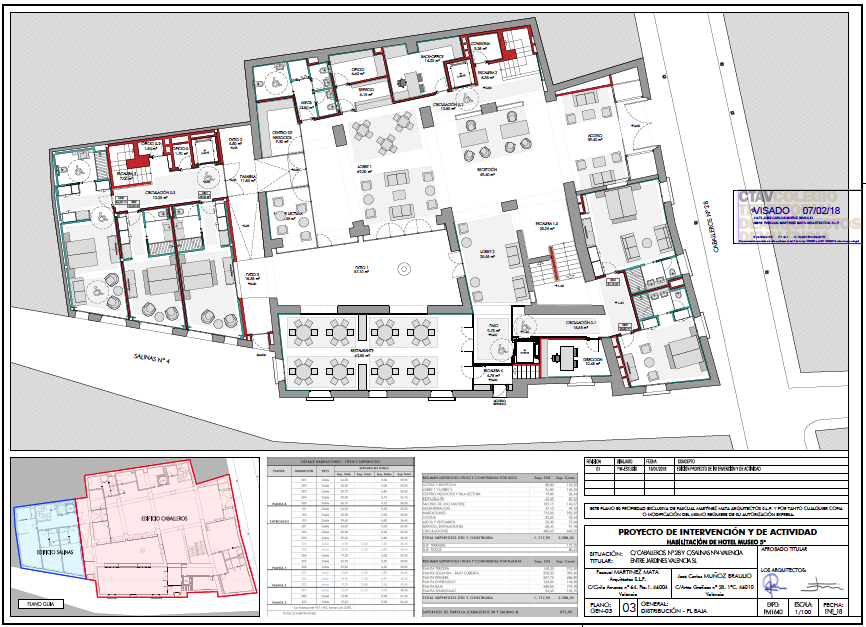 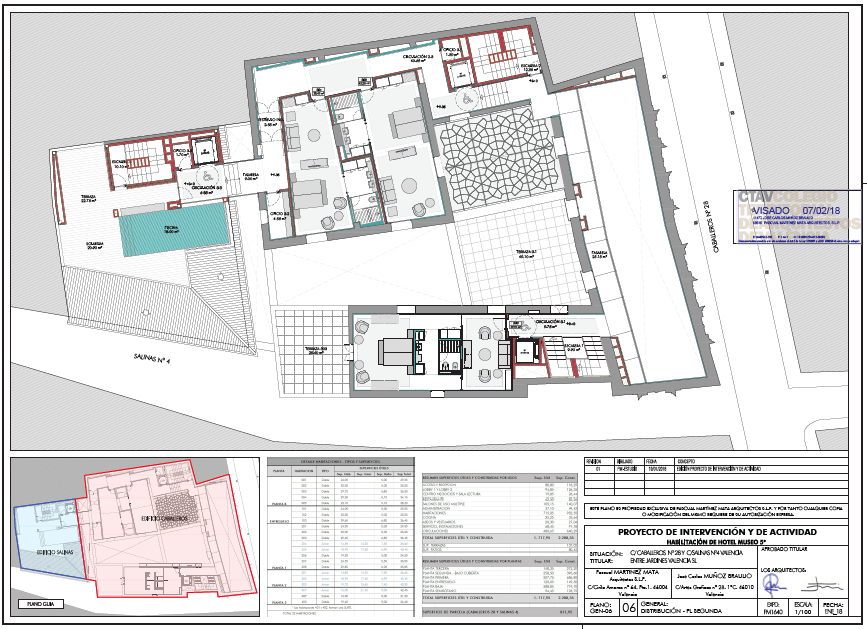 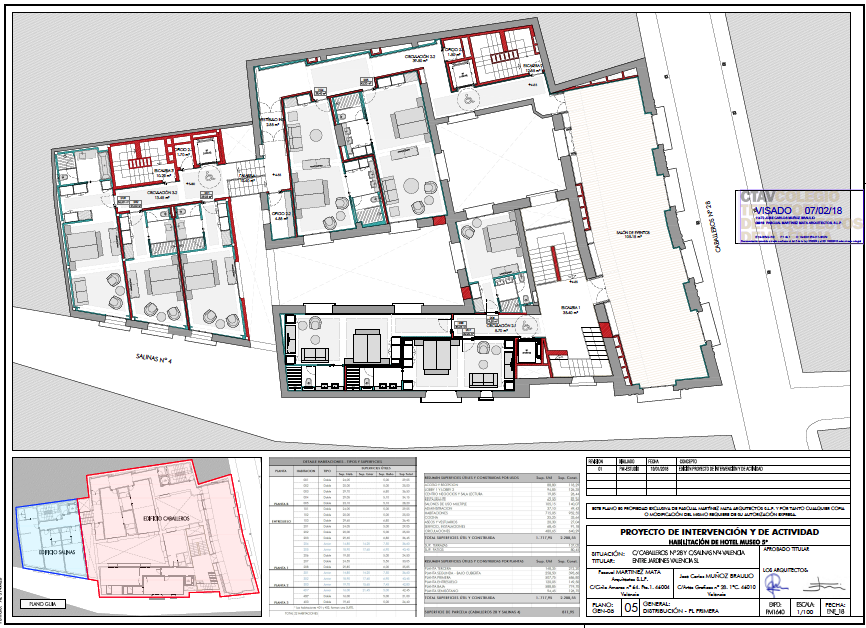 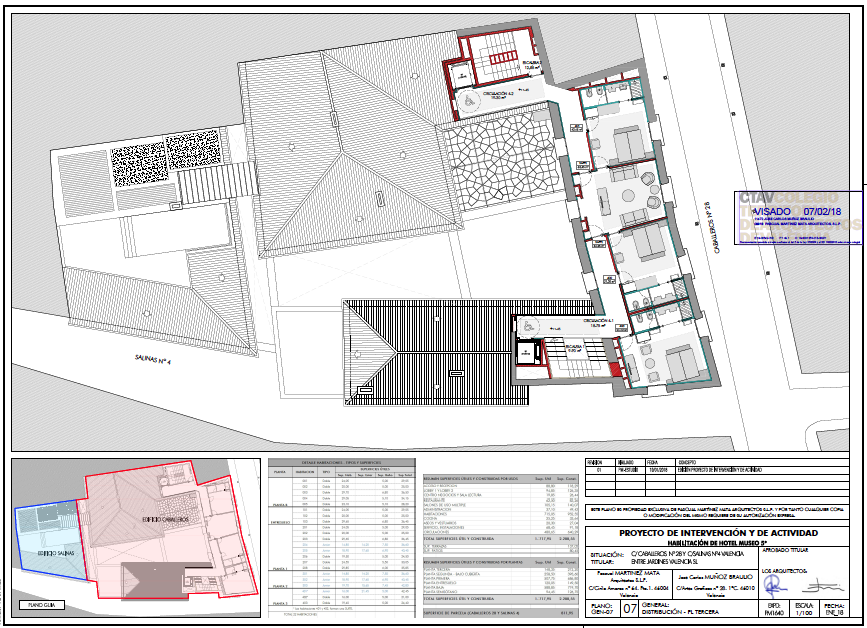 This baroque building dating back to the 18th century is built on an old Gothic palace. The building boasts a facade of exposed brick as well as the cladding elements, lintel balconies with iron parapets and baroque ornaments formed by split pediments, in the upper part. The palace was built by an English gentleman, Mister Hollier, who placed his coat of arms on the front door.

This nobleman of Irish origin settled in our city, fleeing the persecutions suffered by Catholics in his native country. It was his daughter Isabel Hollier and Shelly who linked her surname with the Spanish nobility when she married D. Jose Carrion and Saenz de Juano, of the House of the Marquis of Vega de Anaya, the King’s Bodyguard, Lieutenant Colonel of the Cavalry. From this marriage there was only one daughter, Maria Carrion Hollier, who, in the case of the second count of Alpuente, would be from this moment on that such a noble dwelling was called the palace counts of Alpuente.

After several renovations, the last one was an architecture studio in which there is a noble room supporting a library that crowns the noble room, which was designed by the architect Ricardo Bofill. The palace is distributed around a central open courtyard that has large carpal arches. A stone staircase gives access to the main floor. This layout of the courtyard is the most obvious trace of its earlier Gothic past, as the entire interior of the palace has undergone major renovations throughout its history.